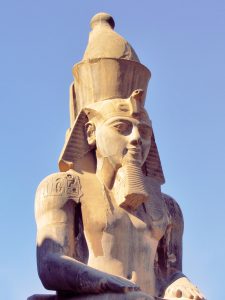 If you are looking to visit the tourist attractions that were built by Ancient Egyptians while enjoying a romantic and relaxing experience, you should seriously consider taking a luxury River Nile cruise holidays. In ancient times, most Egyptians resided on the banks of this river. For this reason, their Pharaohs built monuments, tombs and temples along the River Nile. By taking a cruise, you will get to see most of these attractions and while getting a memorable and unforgettable experience.

Aswan was founded on the southern tip of Ancient Egypt. At the time, it was considered to be the entry point to the rest of Africa and acted as an important trading post. This city cuts across emerald islands and the golden deserts that are common in Egypt. In ancient times, most of the granite that was used in building monuments and temples was sourced at Aswan. During this time, the city was known by the name Swenet or Swen. Unlike Luxor which is always bustling and Cairo which has a hectic lifestyle, the population of Aswan lives a relaxed Nubian lifestyle and culture. This is one of the reasons why Aswan is a great tourist destination. If you are in Aswan, there are some tourist attractions that you should visit. They include:

The Temple of Horus Found in Edfu

This temple is found around 60 km to the north of Aswan on the western banks of the River Nile. This temple which was constructed as a dedication to the son of Osiris and Isis happens to be one of the best-preserved treasures from the ancient times. This Ptolemaic structure was built in a classical style and it contains multiple chambers, statues, courts and walls which have very well-preserved writings in hieroglyphics. It is the second largest temple in Egypt and on visiting this temple, you are likely to have an authentic and unique experience of the life that ancient Egyptians lived.

The Temple of Isis in Philae

This temple is considered to be the last place of worship that was constructed in line with the classic Egyptian style of architecture. During the construction of the Aswan Dam, it had to be moved by UNESCO for preservation purposes. On a visit to this temple, you can get a look at the huge support columns and awe-inspiring hieroglyphics under a great light and sound show.

It is not easy to gain access to this temple. However, on gaining entry, you will definitely see that it is worth the effort. The temple of Abu Simbel was commissioned and constructed over 20 years during the reign of Pharaoh Ramesses II. It was originally built from rock and has two huge chambers that are guarded by even bigger statues of Ramesses. Incredibly, this temple had to be moved in the 1960s when the Aswan dam was being constructed so that it could be protected from the effects of erosion.

This is a double temple that was built as a dedication to two gods. It was built in praise of the falcon deity – Haroeris and the crocodile deity – Sobek. This huge structure has numerous chambers which have symmetrical features. These chambers could have been used as temples, courts, halls and sanctuaries. A stroll down the many colonnades will definitely take you back to ancient times.

Travel Tips: A Guide To Choosing The Most Astounding Perth Boutique Hotel

Appreciate the Best Tourism In The World

Malaysia is situated in the south east locale of Asia. It is considered as essential

The Benefits of Getting Travel Coupons

Searching For Holiday Accommodation in Auckland?

Air travel may be a benefit and an extravagance for some, yet for business explorers

Travel Tips: A Guide To Choosing The Most Astounding Perth Boutique Hotel

Why a Hotel Is Always The Best Accommodation Choice For Business & Pleasure.

Whether a hotel owner or manager, you know that quality control is vital in every

How To Make Your Heritage Apartment Hotel Feel Like Home

You may consider a heritage apartment hotel home for now, but that doesn’t mean it

Best Restaurants in Delhi to Taste the Authentic Taste of Japan

Asian cuisine has a lot to offer in terms of variety, cooking techniques, and unique